Assembly drawing of the radio/cassette head unit used on all 1981 and very early 1982 model DeLorean cars. As a part purchased as a complete assembly, detailed drawings of each component of the radio were not required or completed. The supplier of this radio, Craig, also featured the DeLorean prototype in an early magazine ad publicizing having been chosen as the radio used in the DeLorean car.
​
Added June 4, 2016 - Courtesy of DeLorean Motor Company (Texas) 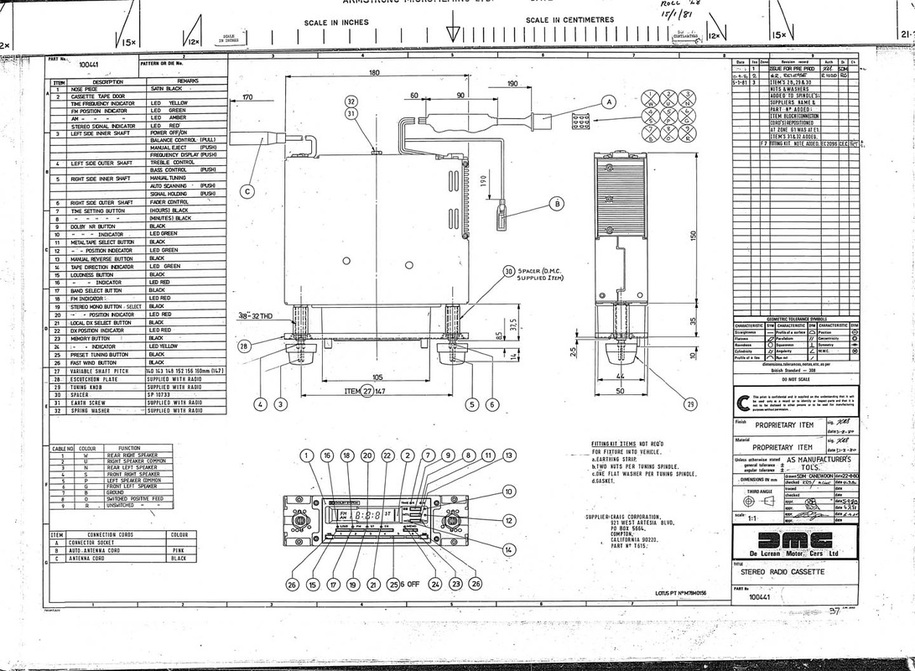